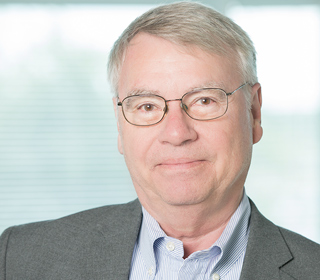 Bliss Morris may be on the cutting edge of a new interior design movement: banker chic.

Bliss Morris may be on the cutting edge of a new interior design movement: banker chic.

Morris, CEO of First Financial Network, has facilitated billions of dollars in her career with the global loan sale company she founded in 1989. In the business of high finance, she had an office space that matched.

For 18 years, her offices on Memorial Road were traditional in every sense of the word. It was appointed with dark mahogany, expensive fixtures, wood floors, wood desks and four-walled offices with heavy, wooden doors.

When the chance arose to take an entire floor in a building on the shores of Lake Hefner, she jumped at the chance and the opportunity to try a new layout and design of the office in what she called a "blank slate." The move in May was her chance to tear down the barriers and create a wide-open space where office walls were largely a thing of the past.

"We went from a very traditional office space to a very contemporary space," Morris says.

With sweeping views of Lake Hefner, she did not want anyone to miss out. Offices were out, and cubicles were in. But that posed another problem.

"I didn't want a sea of cubicles," she says. "I think we've been very successful in staying away from that." As an added bonus for giving up their four-walled offices, even employees in the center of the space have a view of the lake.

"We asked, 'Why would you move into a space like this and block the view with offices?'" Morris says. The 14,000-square-foot space also allowed all 40 employees to be in closer proximity. In the old office, the company leased space throughout the building.

"It caused the company to become a bit disjointed," she says. "It just didn't feel as if we were all bonded as a team."

Morris found a designer and architect for the space right at her front door. Rees Associates has its offices in the building, 9211 Lake Hefner Parkway. Architect Farooq Karim and interior designer Libby Rankin worked with Morris and COO Sherry Dale to make Morris' vision a reality.

Stepping off the elevator on the second floor, one immediately notices the glass wall leading into the First Financial offices. On the glass are raised bubbles for a 3-D effect. The waiting area is appointed in a minimalist style, with simple white chairs and a marble-topped table. A curved wall wraps around the area, then concludes in time to allow a view of the conference room and the lake.

"I kept conveying my view of what I wanted it to be: very open and unified," Morris says.

The walls and carpets incorporate white, black and gray. Neutral colors on the walls are punctuated with bright, full-color photos of images from around the state. Plaster features that look like drops of water spreading on the lake adorn wall space, and there are many circles incorporated into the overall design. "We were trying to bring the feeling of the water in, and keep it open and full of movement," Morris says.

The ceiling was removed; in its place "clouds" were installed. Morris says that an open ceiling adds a natural white noise to the space. A "fun" area includes couches and a large television with a Wii. That area opens into the kitchen. Morris says it was important to have a place for employees to relax and kick back in the midst of their busy days.

The furniture came from Spaces Inc. in Edmond, and the contractor was Caston Construction.

Morris' office has windows on two sides overlooking the lake, and glass on the other two providing a view into the office space. She says that is, indeed, her favorite place. Rather than a desk, she has an oval shaped white marble table fronted by two low-slung, comfortable chairs.

"I love my office," she says. "It has a great view of the lake and it's extremely comfortable."